Thistles, vegetables for winter and Christmas

One of the reasons that the Chard is less and less consumed is that its cultivation and cleaning needs almost an artisanal care, which makes it an uninteresting vegetable for industrial agriculture. However, its consumption continues being a luxury for the most demanding palates and for this reason the thistle and its leaves are preserved in small plantations and orchards for own consumption, fundamentally in Aragón, La Rioja and Navarra ... 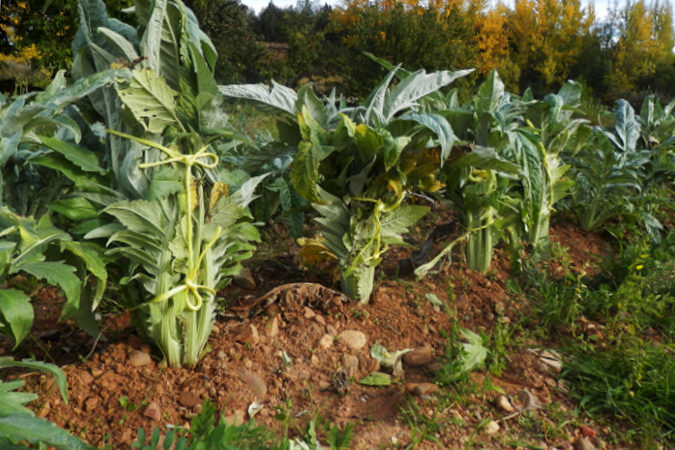 Thistles, a luxury growing and dish for the winter

Although at present it can be considered an unusual food in our kitchen, the properties of the thistle make it a rich and very healthy vegetable. Own of the cold climates and of winter season, it treats of a food very advised in the diets and to diminish the levels of cholesterol.

The Cynara cardunculus is the only type of thistle that is edible. It is a vegetable grown annually that can exceed one meter in height and more than half a meter in width. It is a winter vegetable whose harvest begins in the final months of autumn and lasts until the end of winter.

The thistle has been for centuries a vegetable very prized for its fleshy leaves that made it, despite its rather bitter taste, ideal to accompany meats and fish. It is also a plant with numerous physiological properties ideal for those who suffer functional and organic diseases of the liver, gallbladder or bile ducts, as well as for the digestive disorders that derive from them. However, in recent years its consumption has declined and there are fewer who include it as one more food in their usual diet.

Buy thistles and forms of consumption

It is necessary that the thistle is very clean to remove its bitter taste. It is necessary a knife that serves to eliminate hard parts and thorns. Regarding the consumption of thistle, the possibilities are endless as an accompaniment to meat and fish and stews. It can also be consumed raw in salad, and thus it retains fully its properties and vitamins
Regarding the consumption of thistle the traditional thing is to cook it, especially boiled, although if we speak of young and tender thistles can be eaten raw in salad. In any case, you have to clean it properly to eliminate its bitter taste. The cleaning process is carried out with a knife removing the hardest parts that cover the stem, as well as the leaves and filaments that line the stalk until it looks juicy and whitish green. It is cut into portions of about 5 centimeters and sprinkled with lemon juice so that it does not oxidize or darken. If it is going to cook, it is advisable to use the minimum amount of water in order to reduce the nutrient loss.

Curiosities about the cultivation of thistle

The cultivation of the thistle requires certain tricks to be able to obtain a product of first quality and very appetizing. One of the most important is to keep them isolated so that their long leaves can spread correctly when the plant is young. For this reason it is necessary especially from the end of spring until the beginning of autumn to weed, that is, to eliminate weeds.

Another trick, that although it is not essential almost all the farmers realize, is the euphorized one of the thistle, that consists of protecting the stems of the sun so that they remain white and tender. 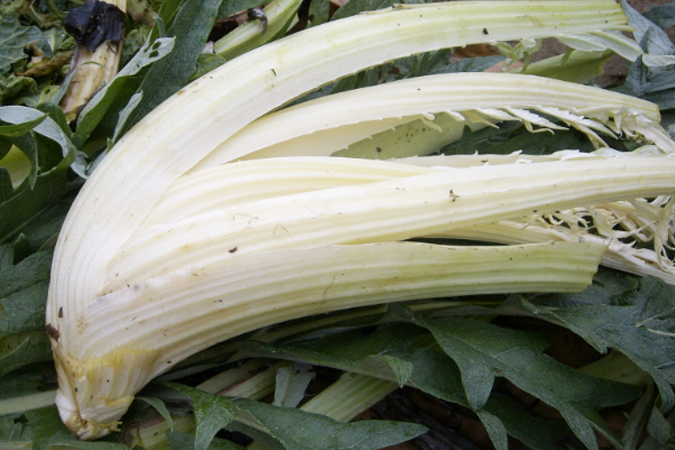 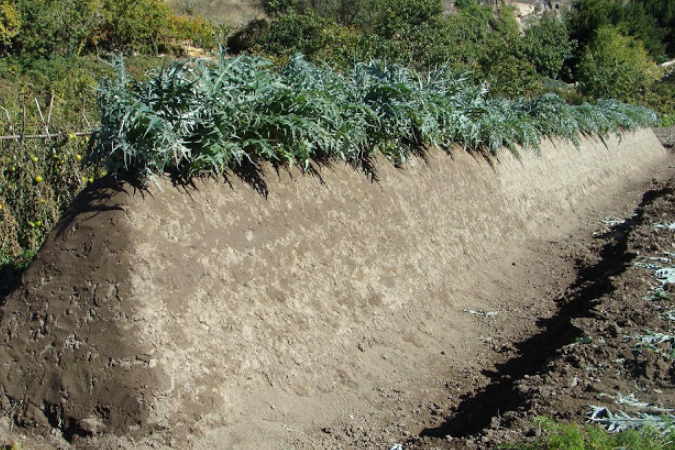 Aporcado of the thistle, that consists of protecting the stems of the sun so that they remain white and tender.

Agroboca
This site uses its own and third-party cookies to provide its services and to analyze the traffic. Agroboca receives information about your use of this website. If you use this website, it is understood that you accept the use of cookies.
MORE INFORMATION I AGREE